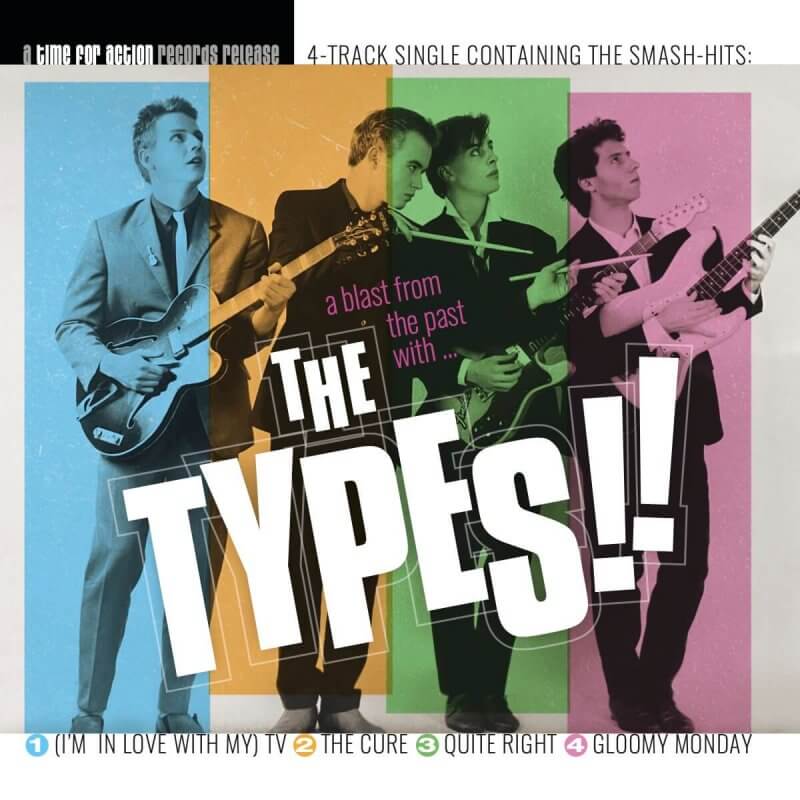 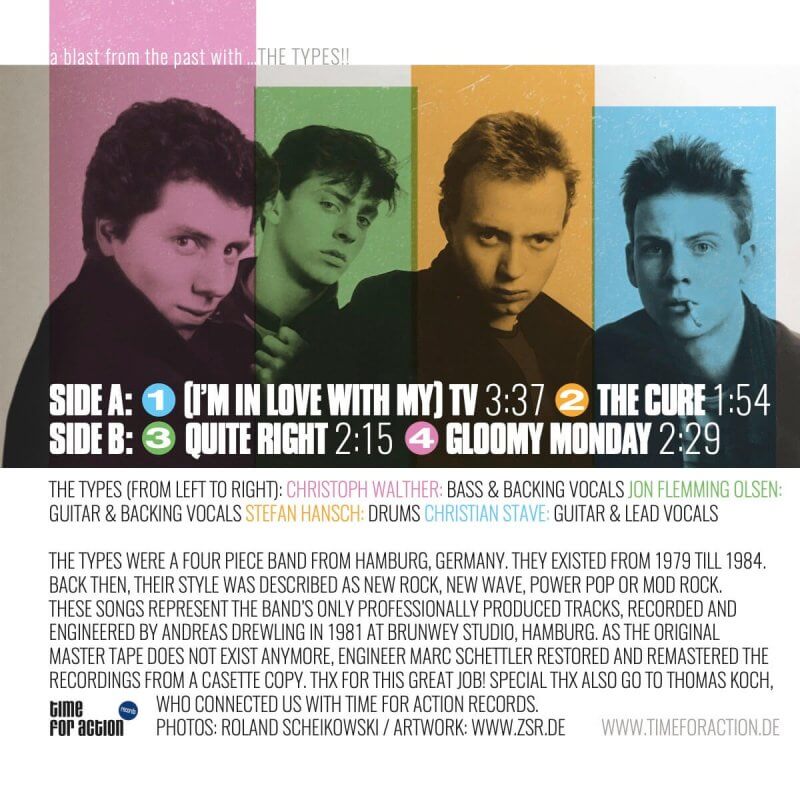 Previously unreleased Power Pop/Mod and New Wave gems from THE TYPES. Formed in Hamburg in 1979 with the spirit of The Clash, Buzzcocks and The Jam, the four teenagers played tons of gigs, especially at legendary local venues as Markthalle or Knust. Each time the packed crowds went wild and soon a producer invited them to record their 4 best songs at the Brunwey Studio. Everything went like clockwork, but then a pre-contract with Polydor broke and in the end the recordings survived on only a handful cassette tapes.
Now, more than 40 years later, Thomas Koch (ex-A.d.s.W fanzine) remembered the band and started searching for traces and tracked down one of the members, the multi-talented artist Jon Flemming Olsen.
And here it is … four lost nuggets from the golden age … THE TYPES … a blast from the past!!!
Including a small re-print of their first gig poster